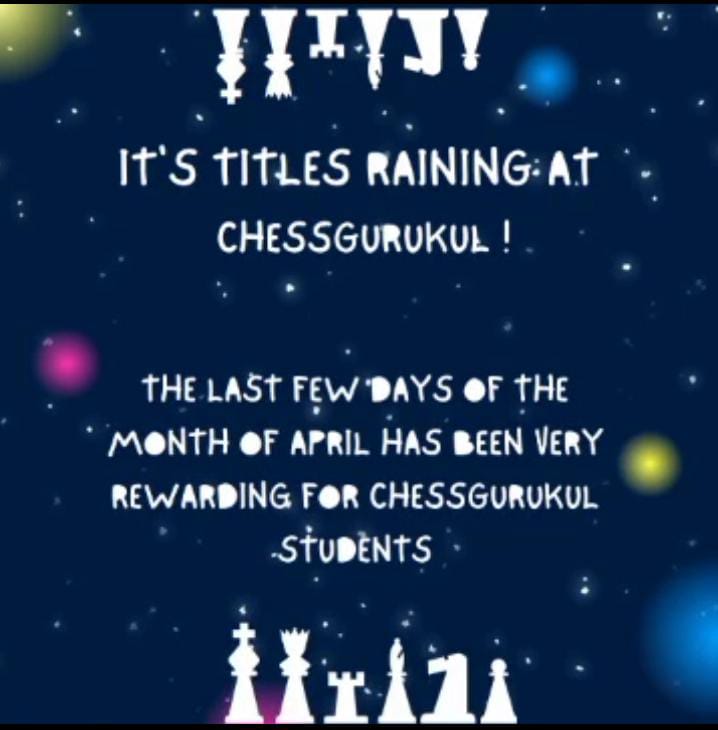 The last few days of the month of April has been very rewarding for Chessgurukul Students .

Final being one is 8 year old Charvi’s U- 10 Girls National Chess Championship with a round to spare in Jammu.